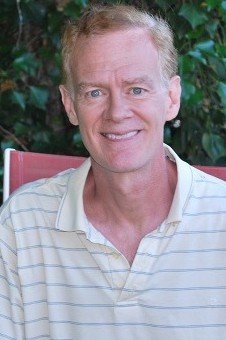 Tod first became interested in Bible translation during his final year at Talbot Theological Seminary. During that year he took a class about Bible translation and learned about the millions of people who don’t have the Bible in a language they can understand.  Being a software engineer, he began developing a computer program to help cross cultural workers who are translating the Bible into other languages. After graduating from Talbot, he studied linguistics in order to further develop the Bible translation software. He then spent approximately 20 years developing the software.  Then he went back and completed a Doctorate in linguistics in order to further refine the translation system.  The software is now able to generate drafts of portions of the Bible in many different languages.  Tod is currently living in the Philippines where he’s developing lexicons and grammars for several of the languages there.  He hopes to use the software to produce initial draft translations of parts of the Bible in as many languages as possible.

University of Texas at Arlington

Dissertation: The Translator’s Assistant: A Multilingual Natural Language Generator based on Linguistic Universals, Typologies, and Primitives.

I developed software which enables linguists to build lexicons and grammars for a wide variety of languages. I also developed a semantic representational system specifically for minority and endangered languages. I then tested the software with English, Korean, Jula (Cote d’Ivoire), and Kewa (Papua New Guinea). In each test language the generated texts more than quadrupled the productivity of experienced mother-tongue translators.

Thesis: Machine Translation of a Greek Parable into English, Spanish, Angas and Chinantec.

I developed software which assists linguists who are translating the New Testament into minority languages. After a linguist has built a target lexicon and grammar, the program generates a draft of the target text using the Friberg Annotated Greek New Testament as the source.

Master of Engineering, May 1982

2010-present: President and Co-founder, The Bible Translator’s Assistant Inc. (nonprofit) www.TheBibleTranslatorsAssistant.org We’re a group of computational linguists who help people who are translating the Bible and community development documents into minority and endangered languages.

Dallas International University, Dallas, TX. Applied Linguistics Department. 2012 to present. I teach an online course called Introduction to The Bible Translator’s Assistant. This course introduces students to the natural language generator which I developed and designed specifically for Bible translators.

University of Oregon, Eugene, OR. Linguistics Department. Summers of ’89, ’90, ’93, ’95, ’96. Professor’s assistant. Courses include Functional Typological Grammar and Morphology and Syntax.

1986 to 2009, 2012 to 2013: Senior software consultant for Rain Bird. I helped develop software that controls golf course irrigation systems and commercial irrigation systems throughout N. America, Asia, Europe, and the Middle East.
2004 to 2006, 2010 to 2012: Senior software consultant for Onyx Consulting. I helped develop a semantic analyzer that consists of a preprocessor, Stanford’s syntax parser, a heuristic based linker, and a semantic constraint engine. This semantic analyzer parses English texts and produces text meaning representations.

My primary field of research is in language documentation and preservation through natural language generation. For the past twenty years I’ve been developing a natural language generator which assists linguists who are documenting minority and endangered languages. This software enables linguists to build lexicons and grammars for languages, and then it generates initial draft translations of texts in those languages. The generated texts are of sufficient quality that they typically quadruple the productivity of experienced mother-tongue translators. I’ve tested this software with English, Korean, Jula (Cote d’Ivoire), and Kewa (Papua New Guinea), and proof-of-concept grammars and lexicons have been developed for Spanish, Urdu, North Tanna (Vanuatu), Angas (Nigeria), and Chinantec (Mexico). This system enables linguists to simultaneously document endangered languages and translate texts into those languages. The texts serve to preserve these languages, as well as educate and empower the speakers of these languages. My current research is in the development of a system that will semi-automatically acquire the necessary lexical and grammatical data so that this system can very quickly produce initial draft translations of these texts.
Go to Top